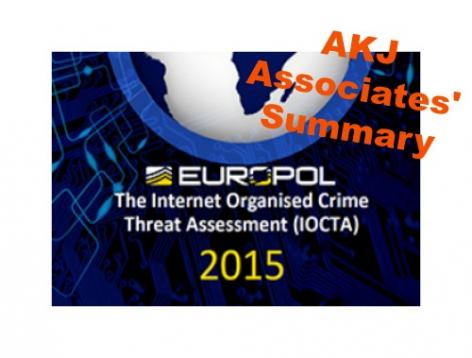 Europol, the EU law enforcement agency responsible for handling criminal intelligence, has just released its report entitled Internet Organised Crime Threat Assessment (IOCTA) 2015.
Published annually, this report aims to define the current cybercrime threat landscape from a law enforcement perspective, based on contributions of EU member states and Europol expertise.
This is an in-depth, organised and well written report, which includes both strategic analysis of the current landscape and provides recommendations to help address the outlined threats more effectively.
Here are our highlights taken from the 2015 Internet Organised Crime Threat Assessment (IOCTA).
The report also observes that law enforcement has demonstrated competence in dealing with cybercrime, but it reminds us of the need for continued cooperation and collaboration with international law enforcement and the private industry.
That said, the “speed at which society and crime ‘cyberise’ exceed the speed at which law enforcement can adapt” suggests to me at least that we are in for another rocky year of high-profile breaches, exploitation, DDoSes and ransomware.
Read the full report: Internet Organised Crime Threat Assessment (IOCTA) 2015 .

To learn about these and other new IT threats, check out AKJ Associates' security conference series.  With security events held throughout the year all around the world, it’s the place to be for IT security.
==
Carole Theriault - Tick Tock Social
AKJ Associates' consultant